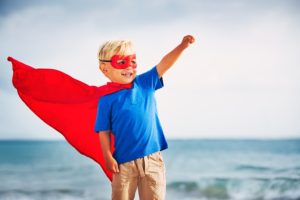 Number one, most important, boys can have a difficult time making friends. If they don’t have confidence, they are not able to introduce themselves to new people. If they do make friends, it tends to be awkward and they have a tough time keeping those friends. So by improving their self-confidence, they are going to feel better about themselves. So they will then be able to attract people to want to be around them.

Number two, Boys who don’t have confidence are afraid to try new things. They identify failure as who they are as a person instead of an event in their life. Boys who develop confidence understand that they learn through failure. Failure is our friend is one of the things we say all the time at the karate school. Because they have confidence, they are not going to worry about failing. They are going to see it as a positive event.

Number four, boys who live in fear daily. They end up hiding their fear with sarcasm as their main form of communication. We’ve all seen some teenagers that are very flippant and sarcastic. Whenever you ask ’em something you get a sarcastic answer. That is generally a mask covering the fact that they’re nervous, scared, or have anxiety. They are afraid of what’s going on, but they don’t know any other way to communicate. By developing confidence, they are going to be able to express themselves better. Also, working on their vocabulary will help. They are going to be able to say what they think and what they feel. And in the long run, that’s going to help them live happier lives.

Number five, (with high school sports becoming super competitive) boys end up taking steroids because they don’t like the look of their bodies. They start comparing themselves to some of these major athletes and unrealistic pictures that they see on the internet. They think, “Well, I need to look like that in order for people to like me.” So they end up taking steroids, which ends up negatively impacting them for the rest of their life. The damage to their body is terrible.

They grow up with problems that don’t go away. That’s one of the problems that a lot of people think, “They will outgrow it.” You don’t outgrow it. If boys don’t develop confidence, they start to internalize it and it becomes worse. So boys without confidence become men who don’t know how to share their emotions. We all know someone like that. Maybe it’s a family member or somebody at work. They have a hard time expressing their feelings because they have never done it. They internalize everything and that’s never healthy. 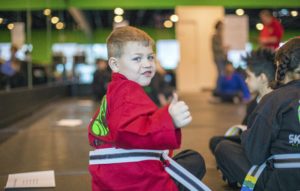 Number eight, boys without confidence become men who get taken advantage of in business and relationships. You see all kinds of examples where they get passed over for that job promotion. Or they’re afraid to ask for some time off. In a relationship, they are mentally abused. Or in some cases physically abused. So boys with confidence become men with confidence. They are going to have healthy relationships. They are going to have great business careers doing what they love to do.

Number nine, boys without confidence become men who are loud and have to yell and scream to be heard. One of the key things that I have learned over the years is, some of my most influential coaches are the quietest people. They don’t have to raise their voice to get things done. That is one of the things that I focus on in the karate school.
I have a strong voice and I have to project. Sometimes that can be mistaken as yelling. Every so often a child will say, “You yelled at me.” I don’t yell in the karate school. I don’t have to because I’m able to convey my message with authority and with confidence. Men who don’t have confidence have to be loud. They thump their chest and make a scene to have any sense of purpose.

Number ten, boys, without confidence, become men who only care about themselves. They make fun of everybody else to make themselves feel better. That’s not a healthy way to live. They say things like, “That’s stupid.” Anything that doesn’t fit into what they can do is wrong. When it comes to girls, they are going to miss so many opportunities to have a great relationship.

If your son was making fun of things, that’s not being open-minded or caring. How are they going to have a healthy relationship if they only care about themselves? You do need to care about yourself first, but then you want to be able to make sure that you care about others. It’s going to make for a much happier and healthier lifestyle.

Number 11 boys without confidence become men who have to control their spouse and children to be happy. I see this way too often. What starts to happen is the men want to control everything to show that they have power, and the only way they can do that is to force it upon their spouse and their children. This makes everyone miserable. The dad is not happy because he’s having to exert control all the time. The spouse certainly isn’t happy because nobody wants to be controlled. The kids aren’t happy because there’s always fighting or walking on eggshells. Afraid that they are going to get yelled at by their dad.

It’s up to us as parents today to help make sure that our boys develop confidence so that they can avoid these 11 problems.

If you would like my help with your son’s confidence, check out my Beginner’s Confidence Course.